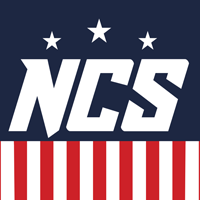 In divisions 5U – 18U, all players participating in NCS Baseball tournament play shall always have photocopies of their original birth certificate in the possession of their team manager. Upon protest, failure to have a photocopy of the original birth certificate immediately available upon demand shall result in the offending team losing the game(s) and being ejected from the tournament

All grade-based players must have a copy of their birth certificate, current report card, or official school ID with grade, or any official government document stating the grade.

When listing a player on your official online roster, team managers are required to use the players first name, last name (no middle names, nick names, shortened names, slang names, initials, prefixes or suffixes are allowed) and date of birth (in proper format – mm/dd/yyyy) are listed EXACTLY as they appear on his original birth certificate, as a member on an eligible team’s Official Online Roster. Failure to comply with this rule shall result in your team being prohibited from participating in NCS.

A player that is found to be illegal due to an age or grade violation during or after a league or tournament game, shall result in the offending team losing the game(s) team and player being ejected from the tournament; team being placed last in the standings and forfeiting all awards, points, sponsors travel money, and berths that would have been or have been awarded. The illegal player shall be removed from the offending team’s Official Online Roster and additional penalties may be applied.

• Division 1 is our most competitive division comprised of highly competitive teams from around the Nation.

Rule 1.05A State and National Directors have the authority to change a team’s classification at any time.

·         Rule 1.06A All teams participating in National Championship Sports events and leagues must be registered for the current season and sanctioned by NCS.

·         Rule 1.06B All teams must have a team liability insurance policy that meets the requirements of the NCS Region Director and have National Championship Sports listed as additionally insured.

·         Rule 1.06C The team’s manager is responsible for all aspects of the eligibility of the players on his team and that they meet the requirements as set forth by NCS.

Rule 3.02 Points awarded at events will be increased by the stature of the event.

• Head to head with only 2 teams tied

Rule 4.02 National Championship Sports is governed by the Board of Directors.

The National Championship Sports Baseball National Board of Directors

Ejection offenses include but are not limited to:

Rule 5.01 Physical attack on an umpire, tournament official, associate director, team staff, and/or any player or fan prior, during, or immediately following a game played under the authority of National Championship Sports.

Rule 5.05 Destruction of property, abuse or failure to pay.

Rule 5.06 Receiving money directly or indirectly for playing on a team and/or based on athletic performance.

Rule 5.07 Competing under an assumed, false and/or altered name.

Rule 5.08 Use of any illegal equipment, substance, or falsification of any kind.

Rule 5.09 Tournament hosts have the authority to eject a player, fans or team anytime during a tournament of committing any of the above, but not limited to, listed offenses.

Rule 5.10 Player or coach ejection carries removal from that game and 1 additional game.

Rule 5.11 Coach or manager who is ejected for the second time in a specific tournament is suspended for the rest of the event and subject to further penalties.

Rule 6.01 The playing field should be laid out according to age specific dimensions. The field must have a protected player dugout. NCS will be played at the following distances:

·         6.02A Any bat that has been altered from its original factory specifications is an illegal bat. Any NCS listed staff member at any time can request to inspect any bat that has been brought onto the property that an NCS governed event is being held. The owner may either:

6.02A(1) Withhold the bat and accept an immediate 5-year ban from all NCS sanctioned events, or:

6.02A(2) Allow the Staff member to inspect the bat and reach a conclusion as to whether the bat might be altered.

(Penalty: If the bat is found to be altered, the owner will receive a lifetime ban from all NCS sanctioned events)

All bats must be marked 1.15bpf, BBCOR or USA stamped

14U – 18U bats must meet NFHS rule requirements (BBCOR ONLY)

(Penalty: prior to the first pitch the bat will be removed from the game. Once a pitch has been thrown to the batter with the illegal bat, the batter is out. Once the next batter receives a pitch, the previous batter that used the illegal bat cannot be protested.)

Rule 6.05 Catchers must use a full “hockey style” helmet.